Microsoft has started shipping some Surface Studio orders a little early. The software giant originally planned to ship units to customers in mid-December, but Microsoft has been emailing the first people to preorder the $3,000 device, letting them know the Studio will arrive this week. Microsoft is still accepting “preorders” for the Surface Studio, but new devices won’t ship until “early 2017” 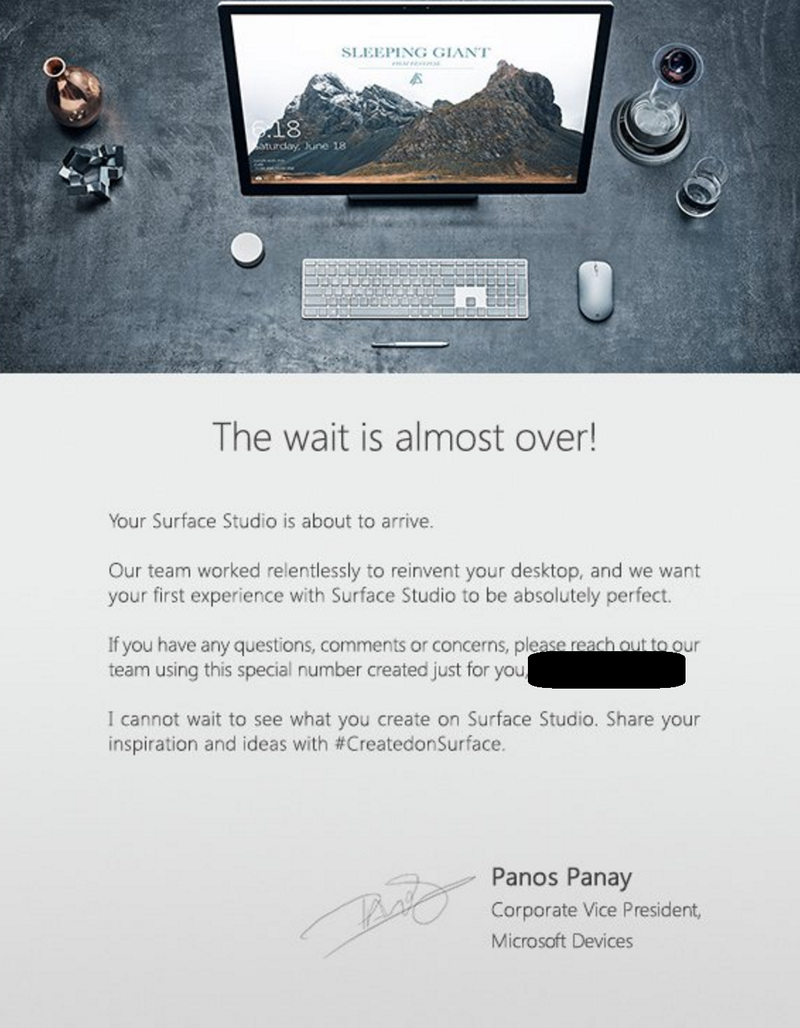 Alongside the shipments, Thurrott.com reports that Microsoft has even setup a dedicated support line for Surface Studio owners. A phone line has been created, alongside a personal note from Panos Panay, head of Surface devices, asking customers to call a special number for questions, comments, or concerns. Microsoft is also shipping a little booklet in the Surface Studio packaging, thanking customers for spending $3,000 or more on the all-in-one PC.